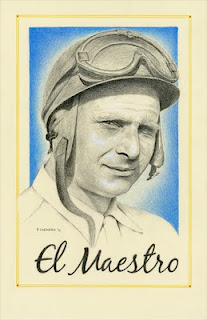 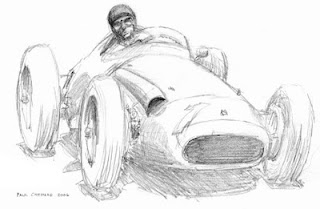 The Juan Manuel Fangio Museum opened in Balcarce in 1986. This fine gentleman racer died in 1995 in Buenos Aires at the age of 84.
Posted by Automobiliart.com at 13:30

Fine tribute to an extraordinarily versatile driver Paul, love your drawing of the Lancia :-)