On May 24th, I had the pleasure of playing navigator for my friend Gordon’s beautiful raspberry 2008 Boxster on a Porsche Rally organized by Porsche of Halifax. 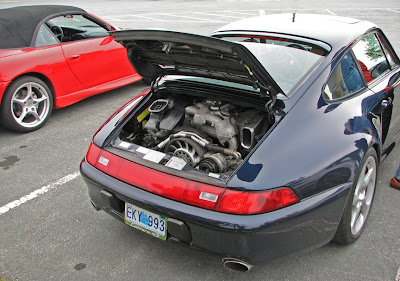 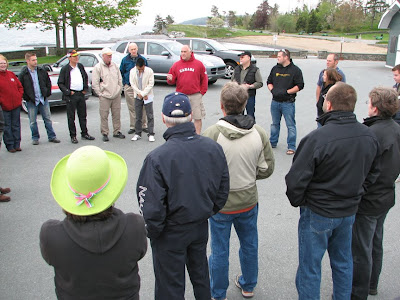 It was a well-prepared and well-attended event, featuring Boxsters, Caymans, Cayennes, 911 Turbos, Carrera 4Ss and Carreras, 21 Porsches in all. Even with the cool wind, and the spotty rain, it was still a fun event. 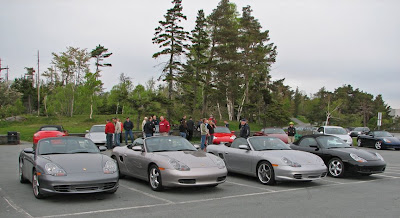 Each driver/navigator was given a list of directions, quiz questions, and route maps to help them along. The route started at the base of historic Point Pleasant Park in Halifax, snaked it’s way through the historic downtown, then across the Harbour through to Eastern Passage, up along the coast, past Lawrencetown Beach to finish at Porter’s Lake Provincial Park & Campground. 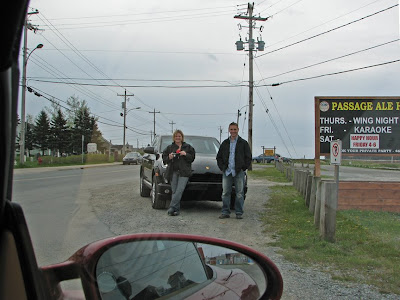 At key points along the whole route, we had questions to answer on the sheets, relating to your knowledge of Nova Scotia, past and present. The most right answers were rewarded with a beautiful Porsche 911 watch. Gord is a good, enthusiastic driver, so it was fun to ride shotgun with him. 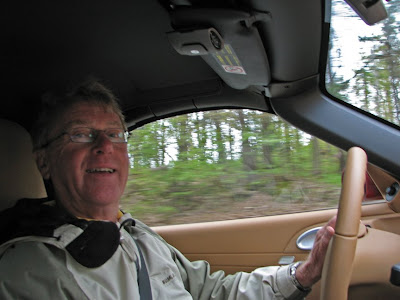 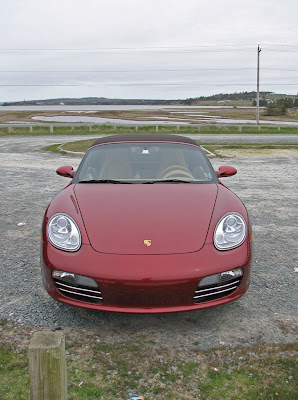 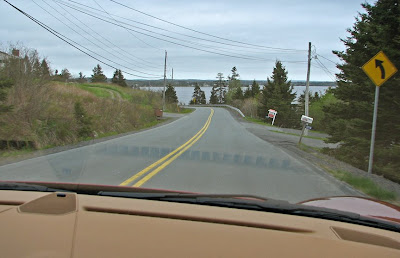 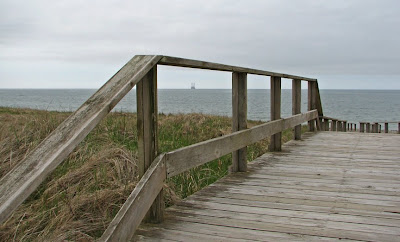 Once arrived at Porters Lake, we were treated to a beautiful buffet lunch provided by the well-known and respected caterer Scanway. It was delicious!


I met someone really wonderful people, and had lots of fun. My hat goes off to Steve Archibald of Porsche of Halifax and his great team for pulling off a successful event. 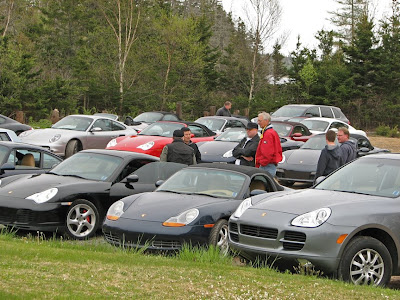 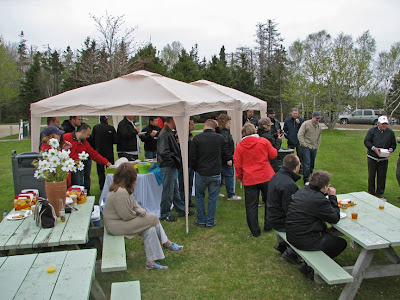 I hope there will be more like it!
Posted by Automobiliart.com at 10:30 3 comments:

At the time, Porsche was also involved with the Can-Am Challenge, having decided to re-purpose their racer to this end, and raise their growing profile in the North American market. 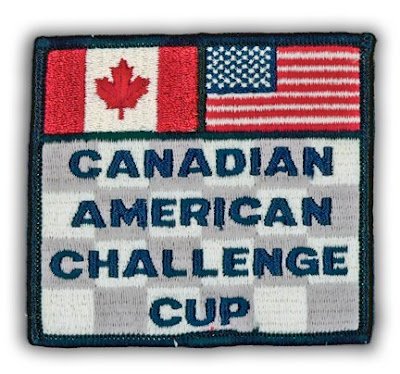 They created a new light-weight spyder body for the car and re-christened it the 917-10. At the time, they were also experimenting with engine turbo-charging, giving the car 850 bhp.

The new car, fielded by Penske Racing, was initially driven by Mark Donohue, but a testing accident sidelined him for the season. Driving duties were then taken up by George Follmer, who successfully broke McLaren Racing’s five-year dominance of the series, and won the Championship. 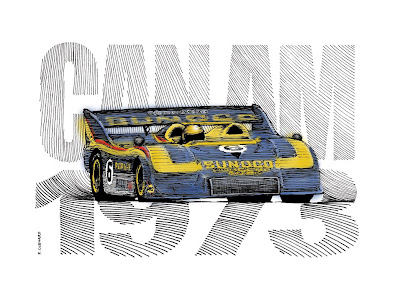 The Penske Sunoco Porsche 917-30 was unstoppable, with the Donohue-driven car winning six out of the 8 races, and taking the Championship.

For 1974, the fuel-consumption rule-change, and the dwindling interest in Can-Am basically killed the series as it was, and the Porsche 917-30.

The 917-30 found a renewed purpose in the European-based Interserie. In the hands of Swiss driver Herbert Müller, it was the winner of the 1974 Championship.
Posted by Automobiliart.com at 09:22 No comments: 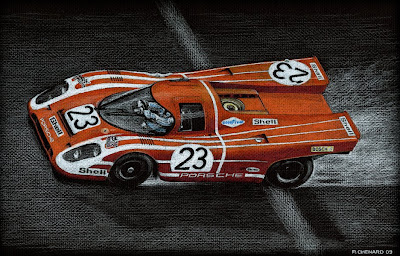 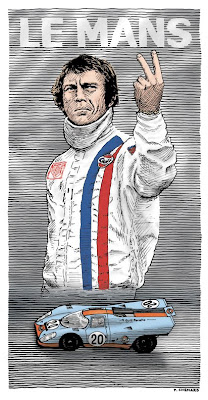 Sadly, it was 27 years ago today that we lost Gilles Villeneuve.

He still very much in our hearts ... 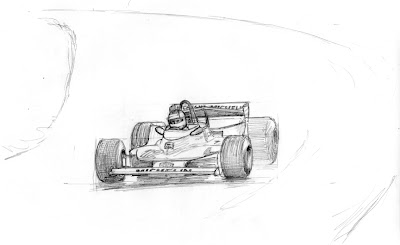 Posted by Automobiliart.com at 18:27 No comments: 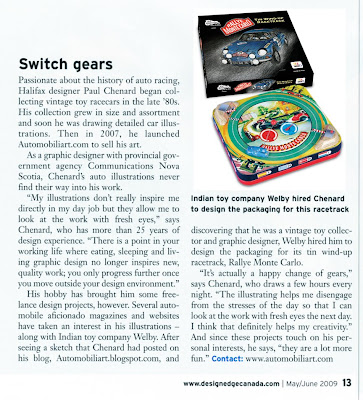 Design Edge magazine featured a story on graphic designers and their hobbies and personal interests, and how they mingle.

They were interested of how the Indian toy company Welby hired me to do the packaging for their new re-creation vintage toy. 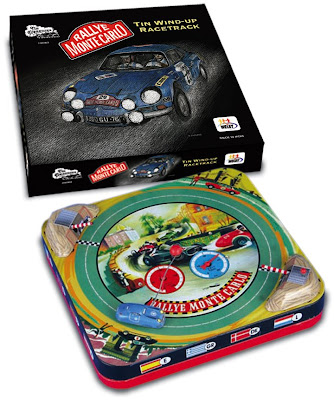 Talk about outsourcing!
Posted by Automobiliart.com at 12:42 No comments: