Movie Lobby Cards – All the Action!

As a collector of vintage racing automobilia, I’m always looking for something that relates to racing history, but also something that is visually interesting. 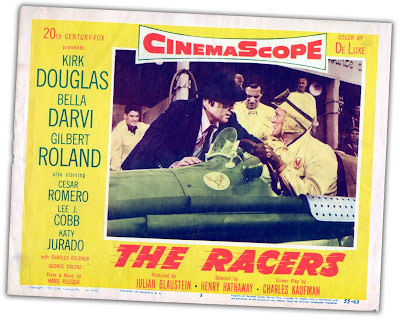 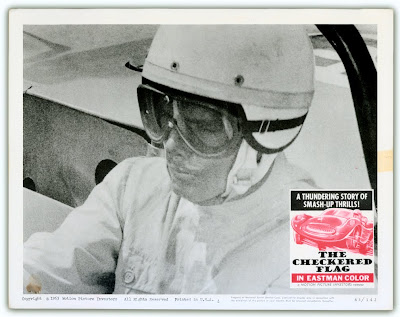 Just like movie trailers, they don’t indicate whether the movie is good or not, but they can still stir up the senses. 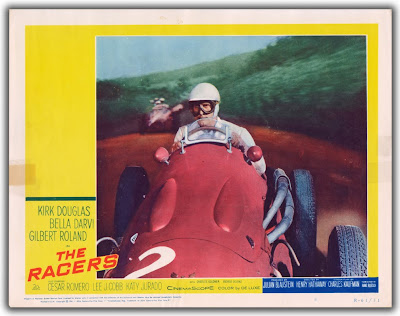 As a collectible, lobby cards are very practical, being always less expensive than the poster, and less expensive to frame. You also don’t need huge walls to display them. 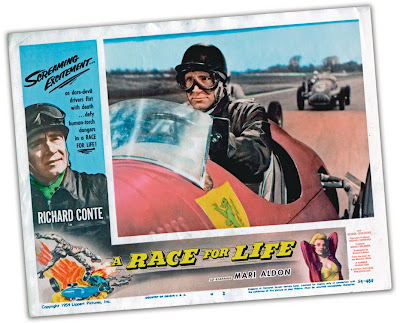 They are a great way to capture the “Screaming Excitement” on a small budget!

Posted by Automobiliart.com at 21:11 No comments: 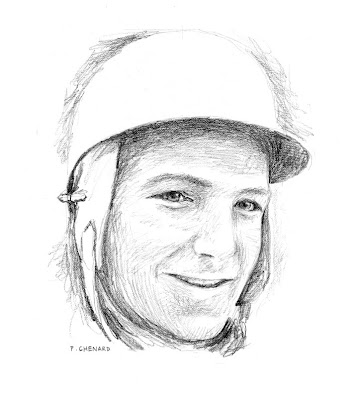 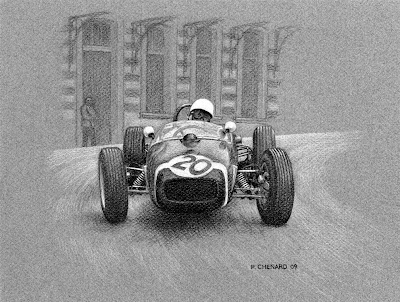 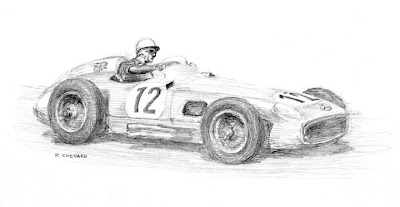 Bonne fête from all your many many fans worldwide!
Posted by Automobiliart.com at 10:14 1 comment:

While a friend of mine Peter and I were making our way to Nova Scotia’s famous Look Off in the Annapolis Valley, we stumbled on to a talented automotive customizer by the name of Chad Hiltz.
This is his story, as told by his partner Mandy Mosher: 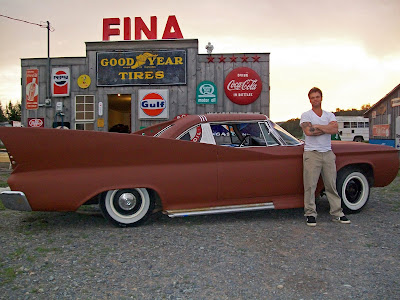 Chad knows how to decorate his digs; note the cool Coop-inspired tattoo.

Chad Hiltz was born on August 31, 1971, to Patricia and Doug Hiltz in the small community of Kingsport, N.S. His father owned and operated a White Rose gas station in the early 70's when his passion began as a young boy. He loved seeing the old cars come in for fill ups'. One in particular was his uncle Freddy's 1956 Ford Crown Victoria. 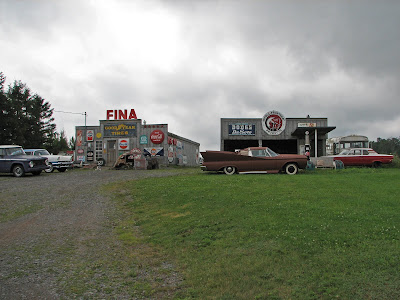 His father usually had old cars and his mother drove a '46 Dodge 1/2 ton, which at the age of 14, Chad drove to school because back then you could. At the age of 16 he found a '34 Ford 3-window coupe. He somehow talked his father into selling a hockey card collection to acquire the car (I think the movie American Graffiti helped to persuade his father). He spent many nights with his Dad in the yard helping to fix up the car. 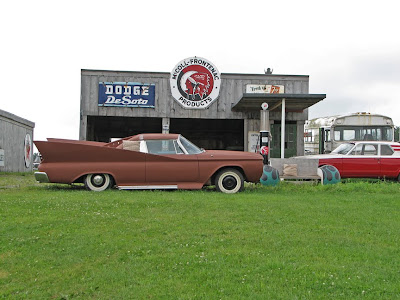 His first daughter was born at the age of 16. He then left high school to provide for his young family by working at a grain mill. Chad took an auto-body course at the local college but ended up leaving early due to fist fighting. He started a job at a chicken processing plant all the while tinkering on old cars in his spare time. Years passed and he went through a number of muscle cars. Some were sold and some ended up in ditches. He remarried at the age of 27 and spent most of his marriage in the garage customizing his mother’s '46 Dodge; first as original than pro-street and finally settled on rat rod. He had a son Colton on April 10, 1998 then divorced a year later. 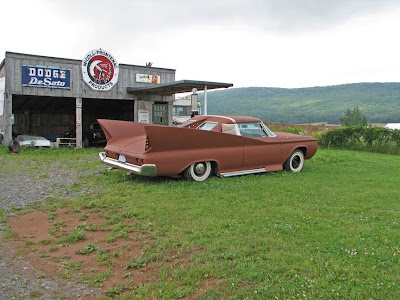 In 1999 he finally met me, Mandy Mosher. Since that point he left the chicken plant business and started his own shop at our ocean front property in Kingsport, NS. The neighbors didn't like us in Kingsport. With the 4 cyl sandblaster running until dusk, the old parts cars hanging around and the grinder running all hours of the night, the municipality visited us often. Most of the community thought we were ruining the view of the ocean; we thought they were ruining our views of classic cars and nostalgia … 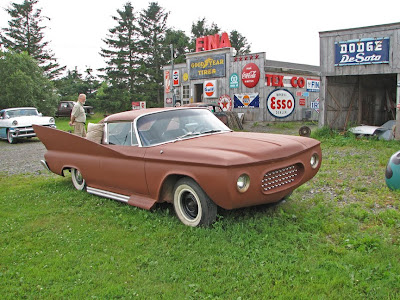 Our daughter Harlee was born on August 15, 2004 and we left Kingsport and never looked back. We bought a house on Hwy 358 in Canning and Chad built his own shop where he happily restores/customizes old cars and hangs his signs freely. As most enthusiasts go through phases so did Chad. His first passion was muscle cars, then 50's classics, onto rat-rods and now customs. He welcomes all spectators and visitors to the shop and takes the time to talk with all. He owns a 1956 Mercury much like his uncle Freddy’s. He also loves his latest creation the "Bat out of Hell" which used to be a '60 Chrysler Windsor. 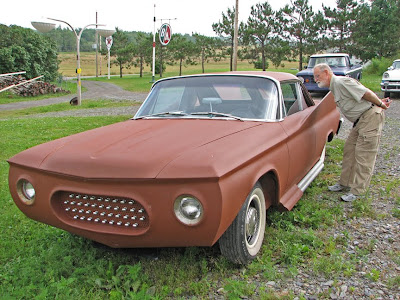 He took a metal workshop with legendary customizer Gene Winfield last spring and now it's customs all the way. He was reunited with Gene Winfield at the Atlantic Nationals this summer where he won the special interest award as well as the Reps Choice from the Right Coast Association. Keep your eye out for Chad (The Green Goblin) and we'll hopefully see you around. Thank You. 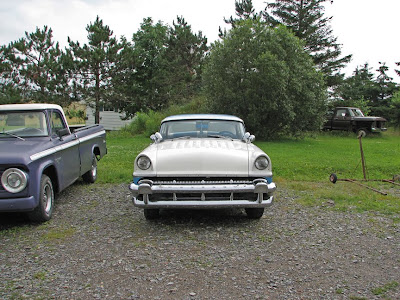 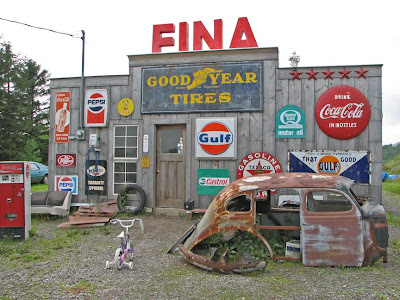 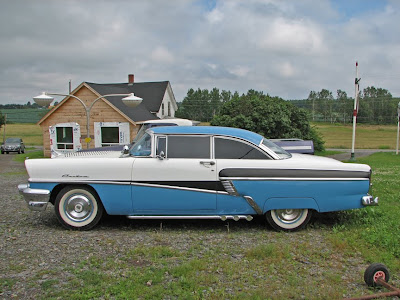 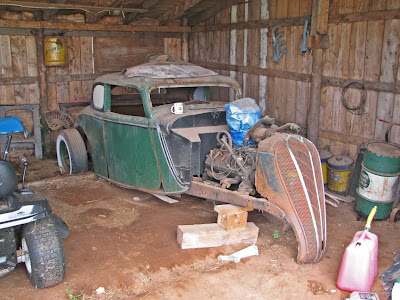 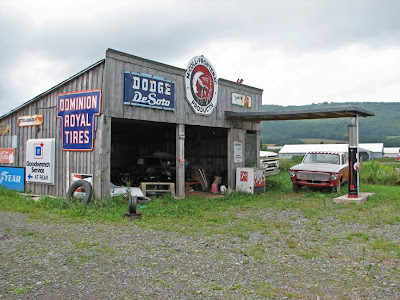 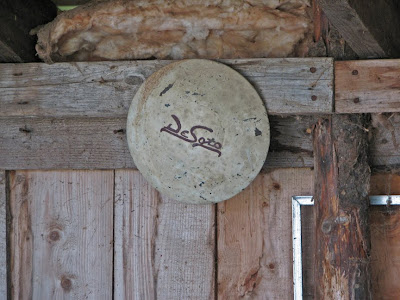 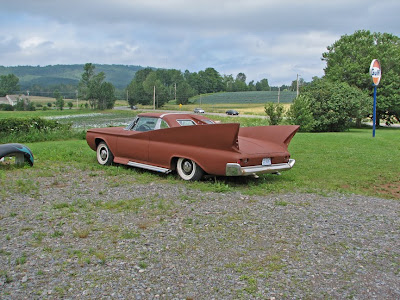 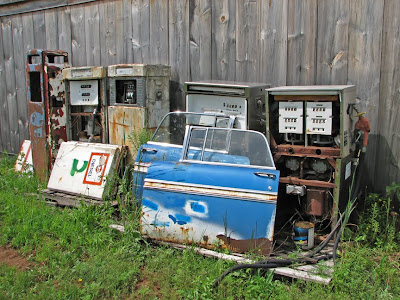 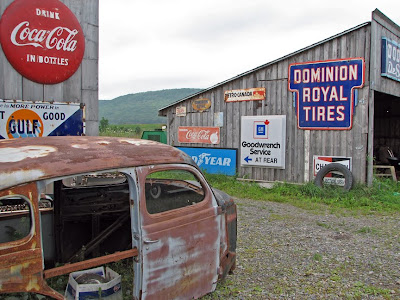 Posted by Automobiliart.com at 11:21 7 comments: