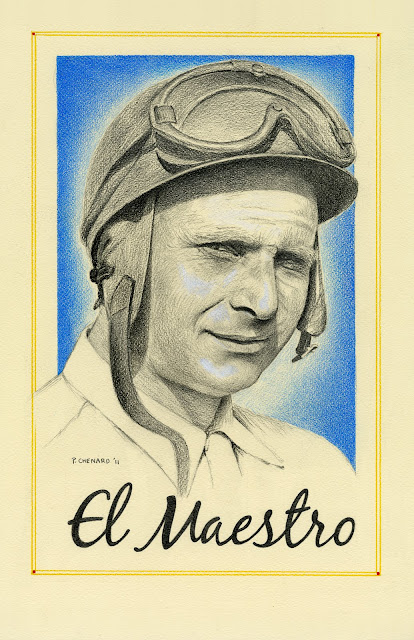 Posted by Automobiliart.com at 13:12 2 comments:

Born in 1914, Birabongse Bhanudej was a Grand Prix and Formula 1 racecar driver from Siam (now Thailand).

Better known as Prince Bira, or his racing name "B. Bira", he raced a Riley, Maseratis, Connaughts, Gordinis, but is best known for successfully racing E.R.A.s.

After his formal education in the United Kingdom, he raced with his cousin Prince Chula Chakrabongse's White Mouse Racing team. In 1935-36, the team started acquiring E.R.A.s, and Bira gave a name to each; first was the R2B "Romulus", followed by R5B "Remus", and lastly, R12B "Hanuman". 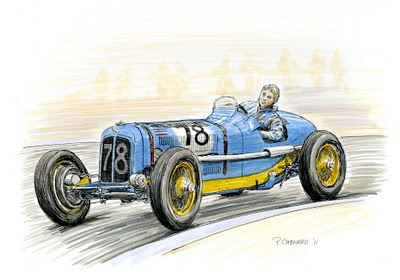 I did this sketch on the outside of the package of my new book and an original art-piece that a client had ordered. He owns the car in the sketch, so I thought I'd thank him with a sketch of it. Couriers also take much better care with the package when I do that.

Prince Bira found most success racing "Romulus" throughout 1936, with 3 wins, including Monaco and Brooklands, and a second and third place finish.

Post-war, Bira won the Grand Prix des Frontières on the Chimay road circuit in 1954, racing a Maserati 250F and the New Zealand Grand Prix in 1955. He retired at the end of the 1955 season.

Prince Bira died of heart failure in London in 1985 at the age of 71.
Posted by Automobiliart.com at 08:59 No comments: 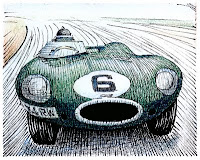 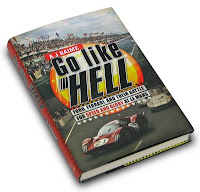 
Le Mans has never been so exciting!
Posted by Automobiliart.com at 10:21 1 comment: