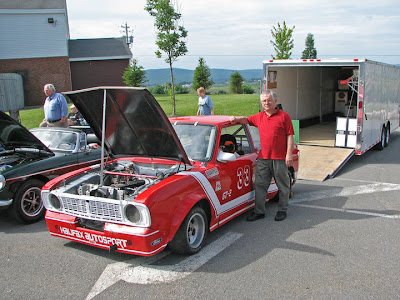 It was a great car show, with a wonderful setting, beautiful weather, well-organized events, and very good participation. 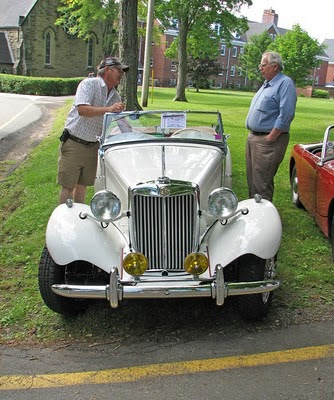 The array of British vehicles was wonderful … Jaguars, Triumphs, Austin-Healeys, MGs, were all well represented, with some Landrovers, Rolls-Royces, Sunbeams, Morris’, Daimlers, Vauxalls, Morgans, Austins and Fords adding to the mix.


The oldest, and might I add, rarest of the vehicles there was a 1937 HRG 1500. Beautifully restored, it is on of only 16 made of this model. It attracted lots of attention, and inquiries.


I met some great people there, and I managed to get a couple of sketches done too.
If I could have one addition to the event, it would be to have other British vehicles, such as trucks and motorcycles.
I’m looking forward to next year already! 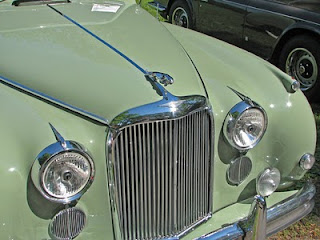 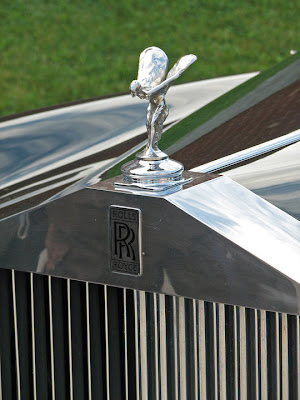 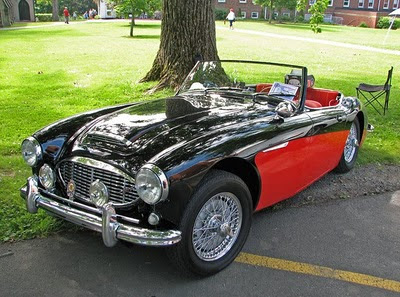 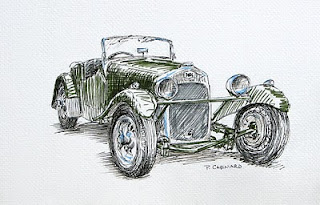 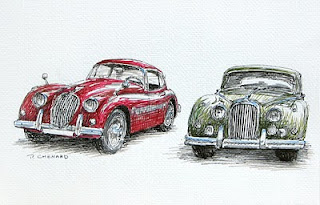 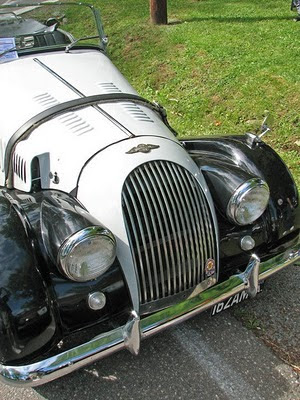 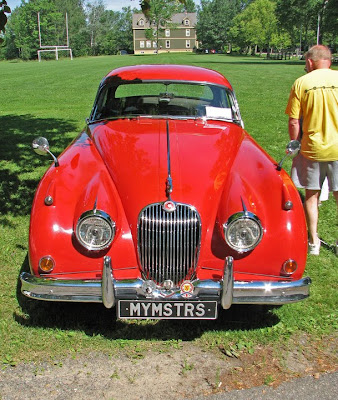 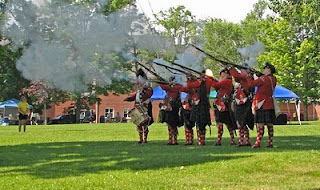 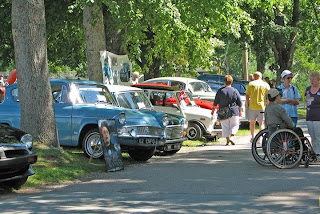 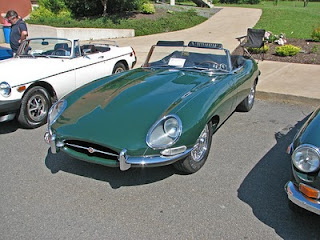 Nelson Piquet in his Brabham BT49C easily overwhelmed the field, closely followed by Alan Jones in the Williams FW07C.
Unfortunately, Piquet was held up by a back-marker and crashed into the Armco. Jones’ car started suffering from fuel-feed problems and was falling back. 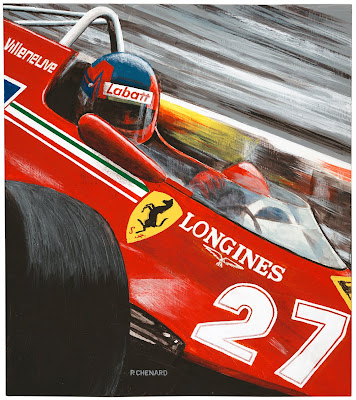 Latex paint on oak plywood 15.5"x 17.5" (39.3cm x 44.5cm) © Paul Chenard 2010
Original available for sale - Limited editions also available
Villeneuve, pushing his Ferrari 126CK and driving a clean race, passed Jones on lap 73 and took the race with a 40 second lead.
He followed up with a win in the next race, the Spanish Grand Prix. Sadly, this would be the last win of his all-too-short Formula 1 career.
Posted by Automobiliart.com at 12:11 1 comment:

Born on December 28th, 1896 in Rouen (Normandy), he was a wool and down merchant through the Winter, and raced in the Summer. His wife Suzanne was his pit manager, giving him signals in French sign language.
In the illustration below, Étancelin is on his way to winning the French Grand Prix de Pau in 1930, driving his Bugatti Type 35C. He also won the race in 1936, driving his Maserati V8 R.I., one of only 4 produced! 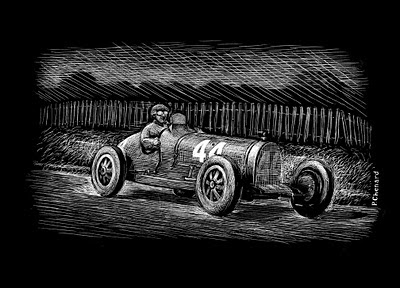 I want to personally thank André Étancelin for his help. Merci!
Posted by Automobiliart.com at 13:31 2 comments:

I very proud to say that Historic Car Art will be bringing my original art and limited editions at the Le Mans Classic.