Swedish Formula 1 driver Ronnie Peterson was one of the few in Formula 1 who was liked and appreciated by all those who met him. 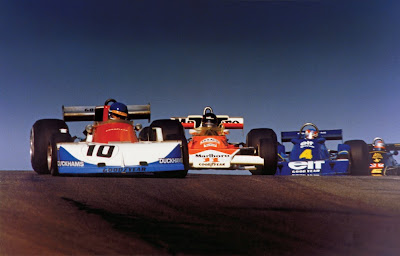 'Four into Four' - Ronnie Peterson in a March 761, James Hunt in a McLaren M23, Patrick Depallier in a Tyrrell P34 and Mario Andretti in a Lotus 77 roar down into Turn Four at Mosport 1976.
Photo © Allan de la Plante
Available as a limited edition - www.allandelaplante.webs.com/

Born in 1944, he was quiet, shy and an all-round nice guy. But once in a race car, he drove flat-out, pushing his cars often past their limit. 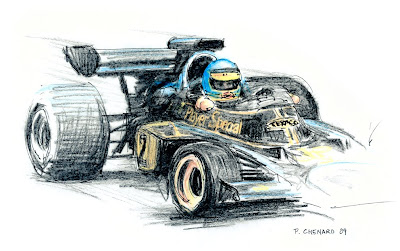 Peterson in a Lotus 72, 1974 Italian Grand Prix
Watercolour pencils and marker of archival stock, 12"x 6"
© Paul Chenard 2009
This original illustration is available, as are limited editions.

He started successfully in karts, rose through F3, and F2, and quickly caught the notice of the Formula 1 teams.

He started with March, moved to Lotus, March again, then Tyrrell, then finally back to Lotus. He had a total of 10 Grand Prix wins in eight years, but his life came to an abrupt and sad end in a crash while driving a Lotus 78 in the 1978 Italian Grand Prix. 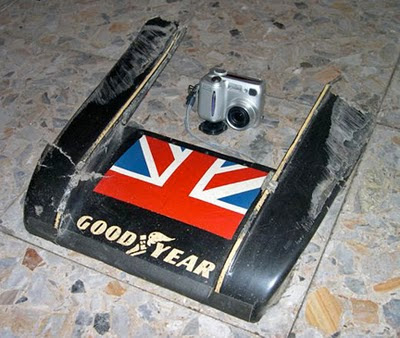 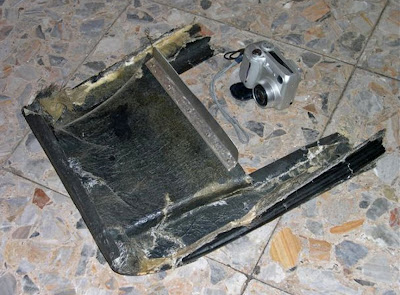 The impact of the death of this much-loved driver can be seen even today, with countless of tributes set up on websites worldwide.

Posted by Automobiliart.com at 17:14 No comments: 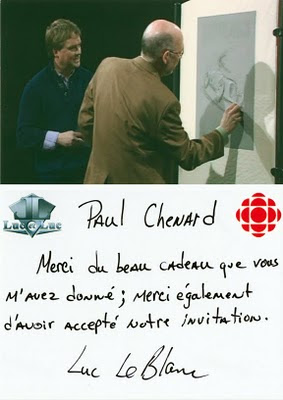 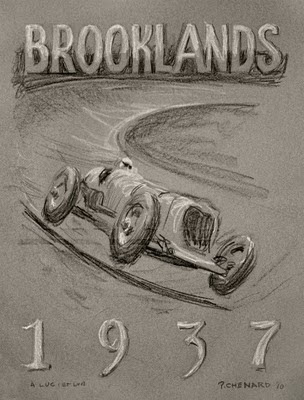 Have your popcorn and beer ready ...
Posted by Automobiliart.com at 15:35 No comments:

50 years of Porsche Legacy at Sebring

This weekend celebrates the 50th anniversary of Porsche’s first victory at the 12 Hrs of Sebring.

Porsche RS60 - Sebring 1960
Prismacolor on Strathmore gray archival paper 9"x 4"
© Paul Chenard 2008
Philip Powell Collection
A Porsche RS60, masterfully driven by Olivier Gendebien and Hans Hermann, took that win in 1960.
This wonderful video is produced by videographer J.F Musial; it touches beautifully on the past and the present of Porsche at Sebring.
Bravo!
Posted by Automobiliart.com at 20:30 No comments: 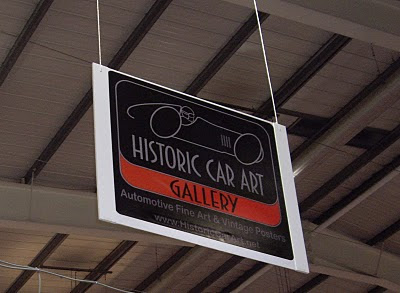 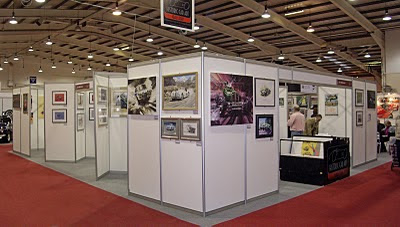 I was honoured to be one of those who's original art and prints were presented; it's my first major show, and it was wonderful place to start. 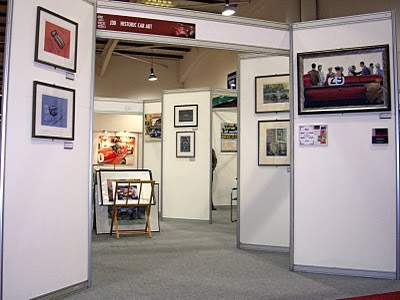 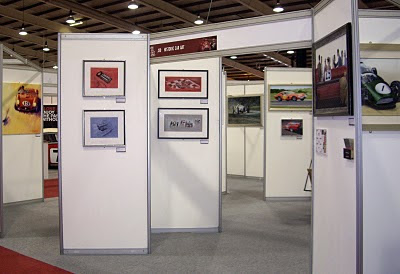 I want to thank Rupert Whyte for supporting my racing history art. As you can see, the set-up was stunning! 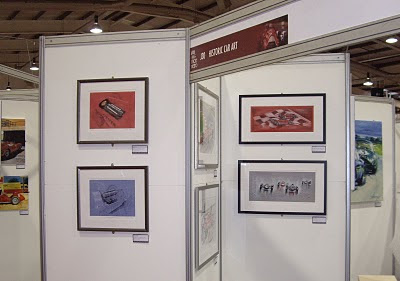 This coming weekend, one of Europe’s largest shows for historic motorsport, historic racing and historic rallying will take place in Stoneleigh Park in Coventry, United Kingdom. 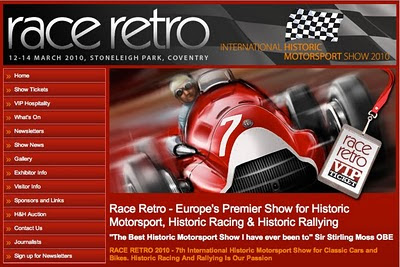 Race Retro, celebrating its 7th year, will be honouring the 100th anniversary of Alfa Romeo. The show has grown in stature each year, and is now one of the premier events. 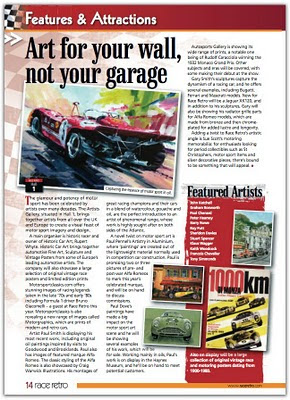 I’m very honoured to be represented in the UK by the prestigious gallery Historic Car Art, and they will be set up at Race Retro, featuring my art and limited editions, along-side many well-known motorsports artist. 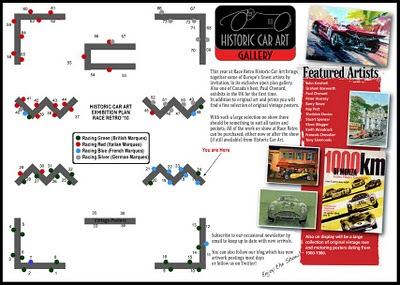 Historic Car Art also showcases a large selection of original vintage race posters. They will set up in Hall #1 at Race Retro. 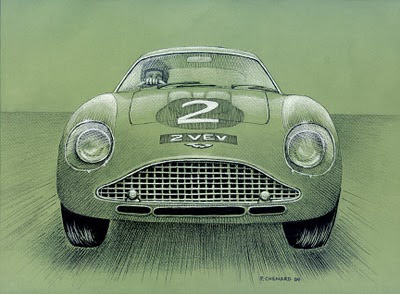 I recently have had growing orders for my art and my limited editions from the world over. 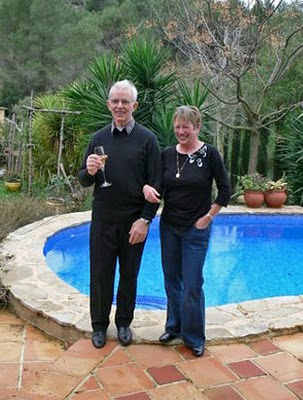 Just before Christmas, an order came in from an Englishman Tony, living in Spain. He ordered my Fangio – Maserati 250F limited edition for his best friend Peter’s birthday. Peter is a Fangio fan, and use to own and race a 250F. 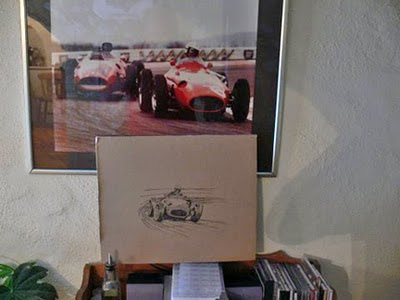 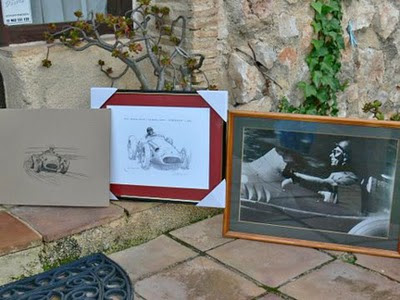 Once the order came in and I packaged up the print, I decided to add a little sketch on the packaging that I referenced from an image of Peter racing that I found on the web. I then shipped it off to Spain.

I was thrilled to get this note from Tony: 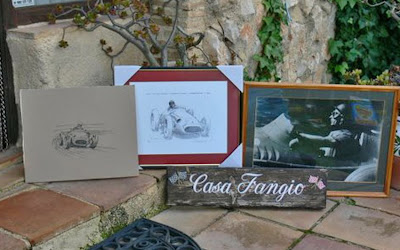 As you can see, Peter is well. He thought the framed picture was superb and was extremely chuffed with the extra drawing you sent, his wife was speechless (for a change)

Once again, many thanks, you made his birthday one to remember. 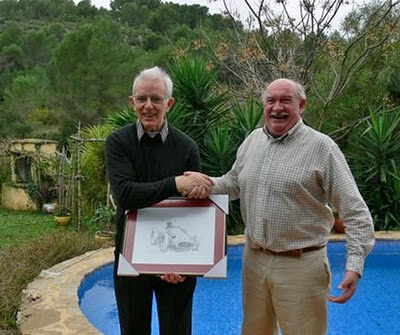 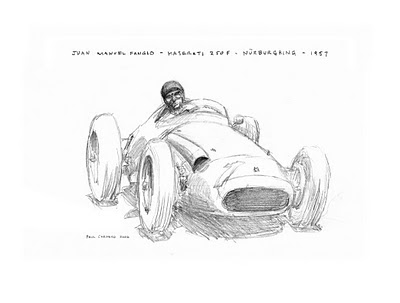