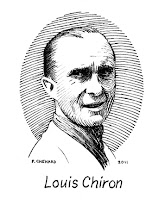 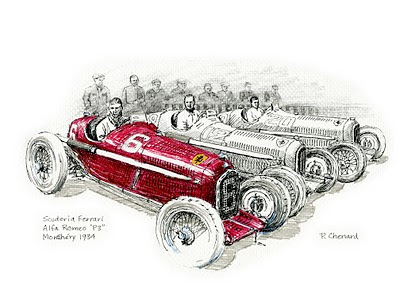 This led to a clean sweep for the Scuderia Ferrari Alfa Romeos with Chiron first, Varzi second and the Trossi/Moll duo third.
The 80,000 spectators were thrilled with Chiron’s win over the Germans teams. This win hid the fact that all the German cars, though still being very new, fell out of the race for fairly minor reasons, and that with better preparation, they would have clearly matched the opposition.
Posted by Automobiliart.com at 18:07