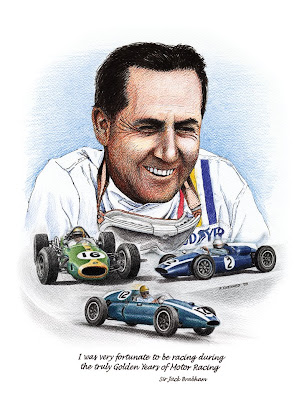 KHA even emailed me their thanks, and the pleasure at being able to use the artwork. This is huge honour for me, with Sir Brabham's endorsement of my piece as a representative image for fund-raising.
Posted by Automobiliart.com at 08:33

Thanks, Jim, I'm very thrilled to support Sir Brabham's cause.