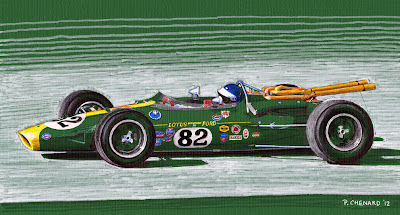 Significantly, it was the first win there for a rear-engine car, spelling the end of traditional front-engine roadster.
Posted by Automobiliart.com at 12:48