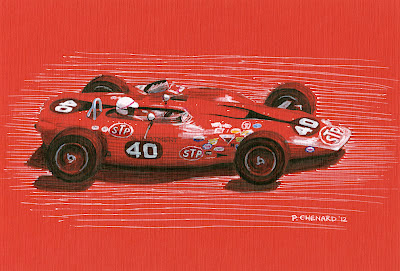 It was a frustration end to a near perfect and memorable race for Jones and the famous STP Turbocar.
Posted by Automobiliart.com at 13:15

Gotta be in anybody's top 10 of the greatest racing cars. Maybe top 20. That must have been quite something to drive that car.

It's was certainly a beautiful and effective race car.