He was raised in the same town as Phil Hill, and worked for Douglas Aircraft in the tool and die shop. Ginther met Hill and helped him in the repair and maintenance of his race cars.

He started his own race career in 1951, driving a Ford-powered MG. Shortly afterward, he was drafted to the Korean war, and worked on aircraft maintenance. 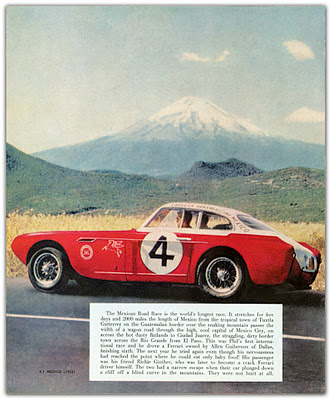 Page from the 1959 Fuller Brush catalog.

Once out of the military, Ginther was drafted by Hill as his riding mechanic for the 1953 Carrera Panamericana, racing in a Ferrari 340 Mexico Vignale. They ran well until they left the road and severely damaged the Ferrari. They returned the following year, racing a Ferrari 375 MM Vignale and finished in second place. 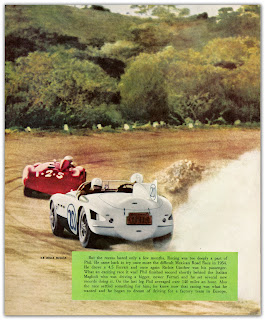 Page from the 1959 Fuller Brush catalog.

Not long after Hill left for Europe to drive for Scuderia Ferrari, and Ginther took his place in the States, racing more and more frequently, gaining successes.

He drove Healeys, Porsches, Aston Martins, and finally Ferraris. He moved to Europe, joining Hill with Ferrari, where he stayed for the 1960 and 1961 seasons. He was instrumental in the race development of the famous 156 F1 “Sharknose”. 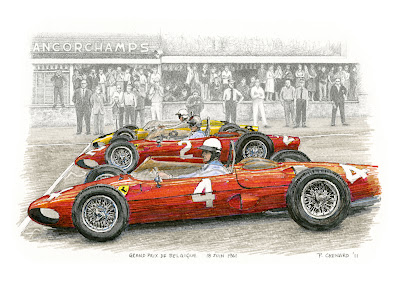 
From there he moved to BRM for 1962, also helping in the development of their Championship-winning P57 Formula 1 car.

He joined Honda in 1965, racing their new RA272 F1 car. In the last Grand Prix of the season in Mexico, he won the race, giving Honda and Goodyear their first Formula 1 win. Unfortunately, it was Ginther’s only Formula 1 win. 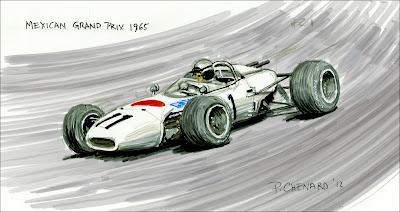 Sketch on a package I shipped to California for a good client.
Pen&ink and markers on Foamcore.  © Paul Chenard 2012

Ginther finally retired in 1967, and sadly passed away in 1989 while camping with his family in France.
Posted by Automobiliart.com at 23:10