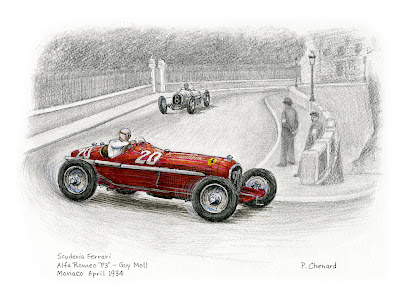 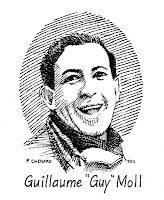 Later in the race, while Chiron was in front, he had a slight off at the Station Hairpin, relinquishing his lead to Moll, who kept his position till race end.
It was a great start for this talented and popular 24-year-old Algerian rookie Scuderia Ferrari driver.
Posted by Automobiliart.com at 08:20

Another fabulous drawing Paul, thanks for my special Christmas limited edition copy :-)

I wonder when track workers & marshals were finally cleared from the Monaco pavement during the running of races ?