Emerson Fittpaldi in a Lotus 72D 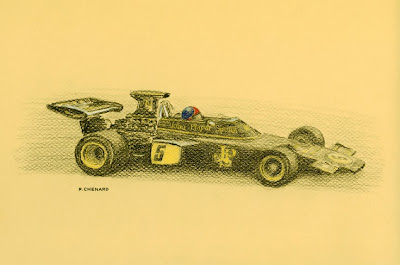 He left Formula 1 for the American CART series driving for Patrick Racing, taking the Championship in 1989. He won the Indianapolis 500 in his Championship year, and again in 1993 driving for Penske Racing.
Posted by Automobiliart.com at 08:18