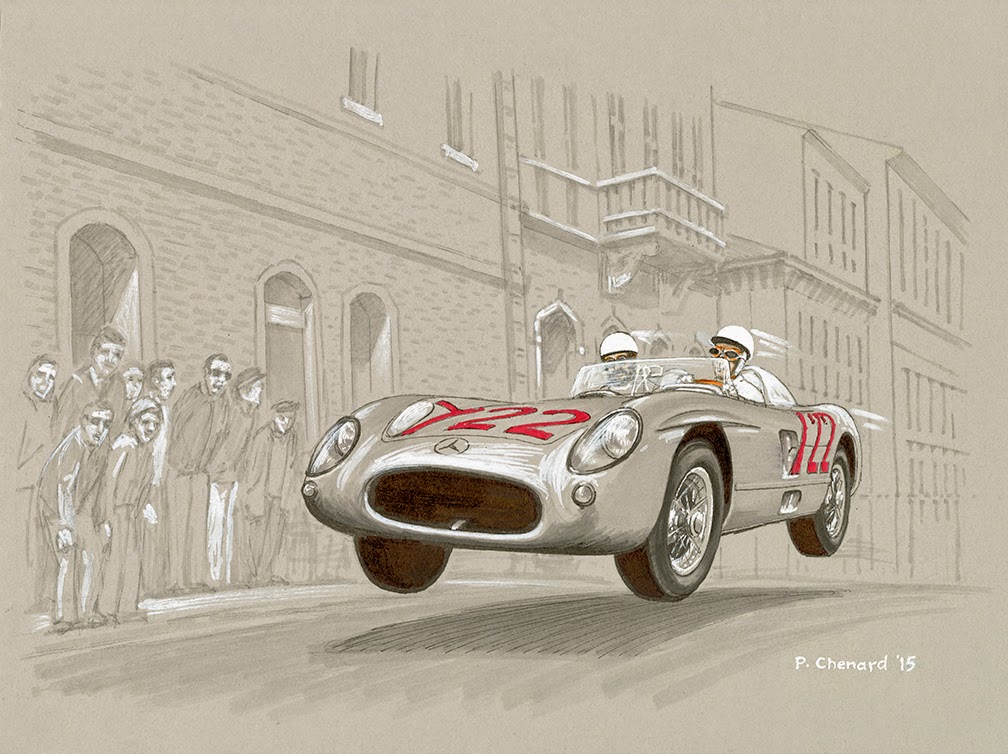 This amazing record still stands, for the race was shut down following the 1957 Mille Miglia where driver Alfonso de Portago crashed his Scuderia Ferrari 335 S, killing himself, his co-driver (navigator) Edmund Nelson and nine spectators.
Posted by Automobiliart.com at 20:53

Did you know my Father Al Pease?
Dad raced in VARAC for many years, with Sterling Moss at Mosport. Dad won! We had a lot of fun in the 80`s with this Club. Dad passed away last May 4, 2014. Hope you had the pleasure of knowing Him.
Regards,
Victoria Bueler *Pease