After our weekend as art vendors at the Goodwood Revival, my friend Nicolas Cancelier treated me to a visit of the historic Spa-Francorchamps track to take in the sites and sounds of the historic races on Saturday September 24th. 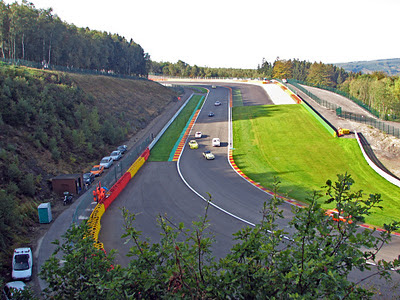 We walked around the famous track, and I felt I was walking on hallowed ground …

The elevation changes were dramatic and the scenery was stunning; it helped that to day was warm and sunny. We came across a large number of rare beautiful race cars, and managed to catch some being driven in competition. 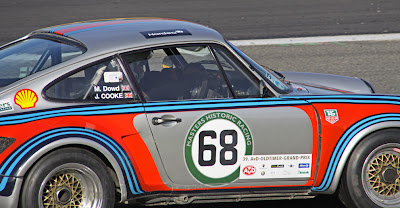 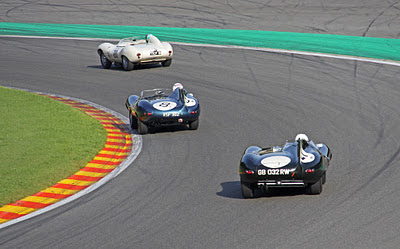 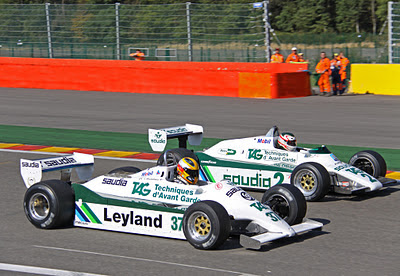 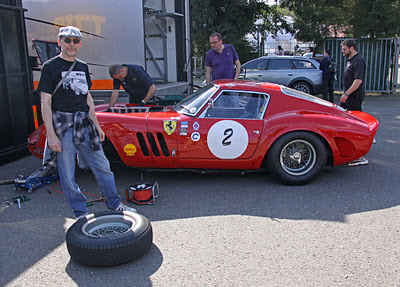 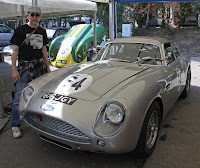 We visited the vendor area and met well-known and respected Belgian artists Claude Viseur (Clovis) and his spouse, along with artist Benoit Deliège. They treated me as one of their own, for which I am deeply grateful. 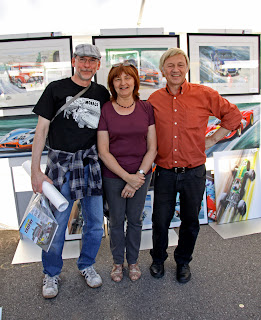 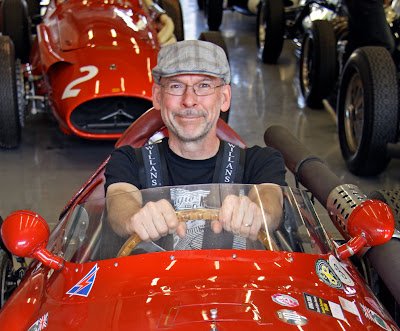 I even managed to realize my dream of sitting in my all-time favorite Grand Prix car, the Maserati 250F. I have to say that it was very difficult to not play the role of the determined racer at the wheel of that lovely car.

Interestingly, we came across 1957 pontoon-fendered Ferrari Testa Rossa, which has sporting a custom-made fast-back detachable roof! I had never seen such a thing, so I would appreciate any information you’d have on it. 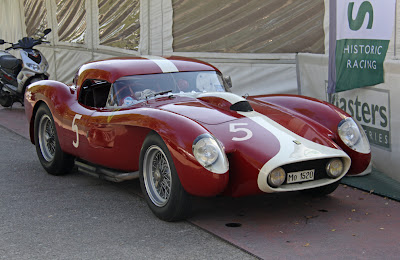 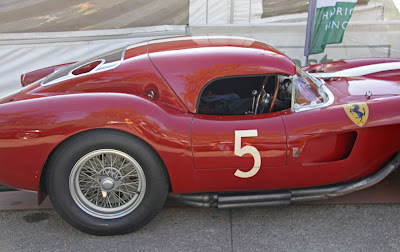 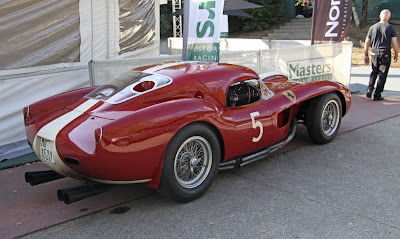 This was an adventure that I will never forget.

All photos courtesy and © of Nicolas Cancelier 2011
Posted by Automobiliart.com at 22:26

The Ferraris are beautiful! Like your "mad driving" photo :)

Thanks for the photos Paul. Some nice stuff. You must have been very excited to see many of them, especially the Testa Rossa. You're "mad racer" driving face gave you away. ;-)

The hard top (Coupé ?) is the work of Neil Twyman and is based on the genuine Ferrari chassis #2349GT which was a rather more common 250 GTE in it's original incarnation.

It would appear that Mr Twyman having built the car got a tad miffed when it rained and so fashioned a hard top for his creation.

Nice blog!
I can confirm Art Tidesco's comment about #2349GT and I can also confirm that apparently it's his daily ride to his workshop!

keep up the good blogging!