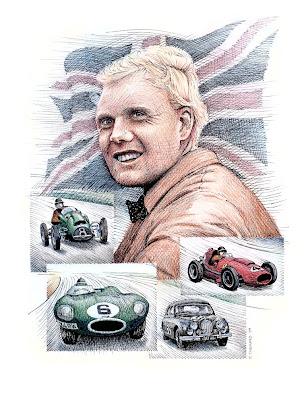 Note: The sketch above is available as a 11"x 14.5" limited edition of 50 signed/numbered archival Giclee print for $150 USD each plus shipping/handling.
Posted by Automobiliart.com at 12:29

very english indeed
this is a lovely compilation paul
in honour of a special guy
your love for the subject shines through
your line drawings are such a nice throwback to the fifties...