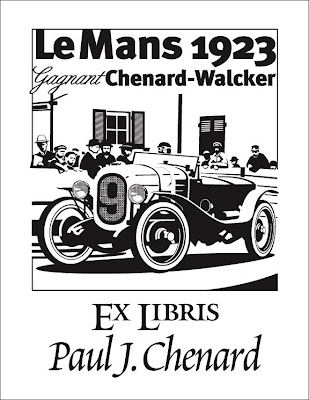 Though we are of no relation, I love that we share our name. As I get a new (to me) book, I label it with this little piece of history.
Posted by Automobiliart.com at 11:41

Is that maison blanche in the background?

Chuck
From the orientation of the roof, and the sharp right turn, I know it's not Maison Blanche, though I'm not exactly sure where it is.
Cheers!

very stylish paul,
my books are a mess
they look like being used/worked on,full of paint.
will that reduce their value?or...increase it once i'm famous,hahaha