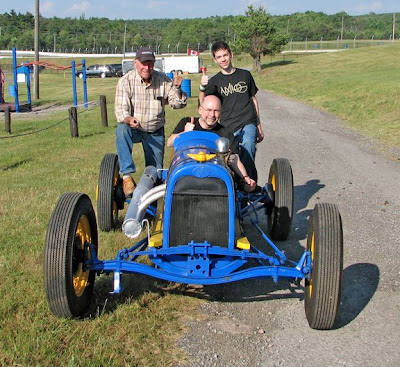 From Left to right: Dave Boon, me (seated), Laurent Chenard 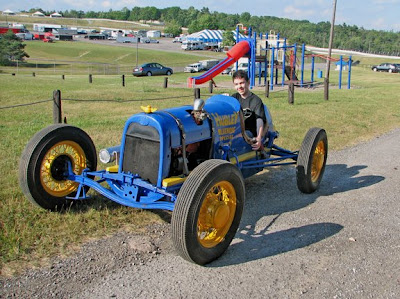 Dave Boon of Ottawa, Ontario owns and races a piece of history.

The 1930's Hubley Bluenose Special hails from Halifax, Nova Scotia and is named after it's creator.

It's safe to say that it is probably the oldest original functioning racer in Canada. I had the honour of developing the period-style graphics for the racer.

My son Laurent and I had the great pleasure of finally meeting Dave at the Mosport Vintage Racing Festival in June 2007.

You can see more on this racer at http://thegarageblog.com/garage/vintage-racer-hubley-bluenose-special/
thanks to Gary Grant and his great Blog.
Posted by Automobiliart.com at 08:46